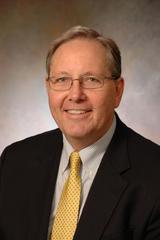 The boundary between metal and insulator remains a fruitful source of emergent phenomena in materials, ranging from oxides, to cold atoms. Typically the insulating side of this boundary is occupied by an electronic crystal (though often disordered), and at higher temperatures a polaronic liquid or bad metal. While the paradigm Hamiltonian for this transition involves only short –range electronic correlations, in practice the transition is tuned by disorder, by screening of longer range Coulomb forces, and by coupling to the lattice.

I will discuss the physics of small polarons in SrTiO3, and in particular the collapse of strong Frohlich coupling with increasing metallicity as the long-range Coulomb mediated interaction with optic phonons is screened out. SrTiO3 is an unusually good metal and an enigmatic superconductor at very low carrier concentrations.

While electric charges can be screened, the same is not true of strain fields, which have intrinsic long-range interactions that cannot be screened. When strain fields are produced as a secondary order parameter in phase transitions - as for example in ferroelectrics - this produces unexpected consequences for the dynamics of order parameter fluctuations, including the generation of a gap in what would otherwise have been expected to be Goldstone modes. In some cases, e.g. manganites and nickelates, other intra-cell modes can nonlinearly screen the order parameter, which produces a strong sensitivity of ordering to octahedral rotations, essentially a jamming transition. This is relevant for tuning entropic effects at phase transitions, perhaps to enhance electro-caloric and magneto-electric effects. Wang et al. Tailoring the nature and strength of electron–phonon interactions in the SrTiO3(001) 2D electron liquid. Nature Materials (2016). DOI: 10.1038/NMAT4623 Elastic interactions and control of the Mott transition, G. G. Guzmán-Verri, R. T. Brierley, P. B. Littlewood arXiv:1701.02318 Why is the electrocaloric effect so small in ferroelectrics? G. G. Guzmán-Verri, P. B. Littlewood, APL Mater. 4, 064106 (2016)